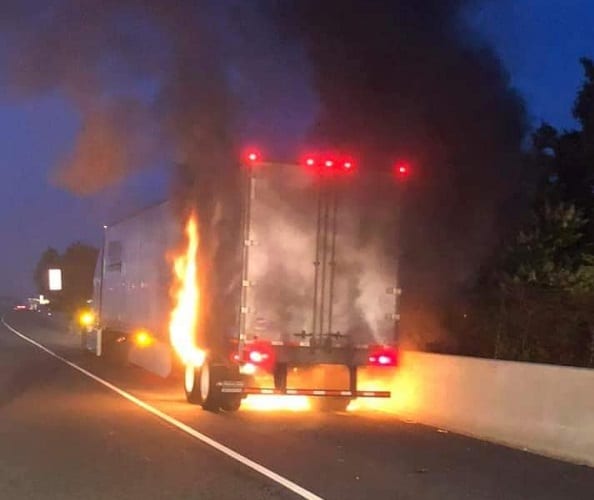 Some lanes of southbound I-95 were temporarily block while firefighters dealt with the blaze.


The fire was eventually contained and no injuries were reported.

There has been no word as to what caused the fire.