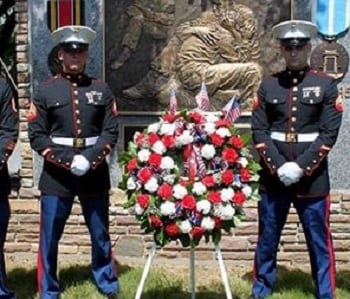 TIMONIUM, MD – Maryland’s 9/11 Rolling Memorial, which is based out of Parkville, will help commemorate the fallen at the 2019 Memorial Day Ceremony in Timonium this weekend.

The ceremony will be held at 10 a.m. on Monday, May 27, at Dulaney Valley Memorial Gardens.

The annual ceremony, held within the Circle of Immortals section of the Field of Honor, is a traditional, patriotic gathering to honor all Marylanders who have paid the highest price in defense of our nation. The event is open to the public and will be held, rain or shine.


At this year’s ceremony, the following soldiers will be remembered:

The 9/11 Rolling Memorial’s bell will toll as each service member is honored at the ceremony.