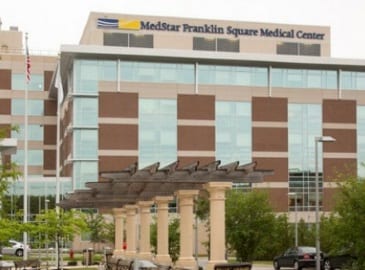 Baltimore, MD – MedStar Health Inc. in Columbia, Md., MedStar Union Memorial Hospital, and MedStar Franklin Square Medical Center, both in Baltimore, have agreed to pay $35 million to settle allegations under the False Claims Act that it paid kickbacks to MidAtlantic Cardiovascular Associates, a cardiology group based in Pikesville, in exchange for referrals, through a series of professional services contracts at Union Memorial and Franklin Square Hospitals in Baltimore.

“Kickbacks give doctors an incentive to pursue unnecessary treatments that are costly and sometimes even dangerous to patients,” said U.S. Attorney Robert K. Hur. “We will not tolerate medical care providers who put their patients at risk and waste taxpayers’ dollars in order to line their own pockets.”

“Kickbacks made in connection with the provision of medical services undermine the integrity of our health care system,” said Jody Hunt, Assistant Attorney General for the Civil Division of the Department of Justice. “We will take action against medical service providers who through unlawful conduct put their own financial interests ahead of the best interests of patients, we will take action.”

“Patients rightly expect their doctors will make recommendations based on sound medical practice — not payoffs that too often result in needless and sometimes even harmful procedures,” said Maureen R. Dixon, Special Agent in Charge for the Office of Inspector General of the U.S. Department of Health and Human Services. “We will continue to protect patients and taxpayer-funded government health programs from these unnecessary services, as the government contended in this case.”


The allegations resolved in the settlement include the payment of kickbacks to MACVA under the guise of professional services agreements, in return for MACVA’s referrals to Union Memorial of lucrative cardiovascular procedures, including cardiac surgery and interventional cardiology procedures, from January 1, 2006 through July 31, 2011.

Under the settlement, MedStar also agrees to settle allegations that it received Medicare payments from January 1, 2006 through December 28, 2012, for medically unnecessary stents performed by John Wang, M.D., a one-time employee of MACVA who was later employed by MedStar.

The settlement resolves a lawsuit brought by whistleblowers Stephen D. Lincoln, M.D.; Peter Horneffer, M.D.; and Garth McDonald, M.D., cardiac surgeons who practiced together as members of Cardiac Surgery Associates in Baltimore. The lawsuit, which was filed in the District of Maryland in June 2010, alleges that Union Memorial and Franklin Square, and others, violated the Anti-Kickback Act and the False Claims Act by paying various forms of illegal remuneration to MACVA to induce referrals of patients insured by Medicare for cardiac procedures which caused false claims to be submitted to Medicare.

The settlement also resolves another lawsuit brought by whistleblowers who were former patients of John Wang, M.D. who claimed that Dr. Wang, MedStar, and Union Memorial engaged in a pattern and practice of performing medically unnecessary percutaneous transluminal coronary angioplasty with stent placement procedures and submitted false claims to Medicare for those cardiac stent procedures. The lawsuit was filed in the District of Maryland in December 2012.