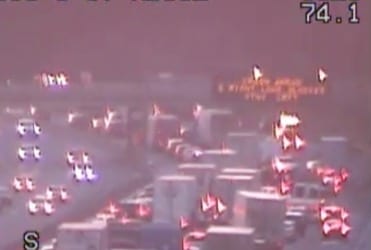 Crews are on the scene of a fatal, Monday evening crash in Joppa.

The crash was reported at just after 5 p.m. along southbound Interstate 95.

Two vehicles overturned in the crash.

Two people were reportedly trapped in their vehicles.

One person has been pronounced dead at the scene. Other individuals are said to have grave injuries.

All southbound lanes of I-95 have been shut down at MD-152/Mountain Road.