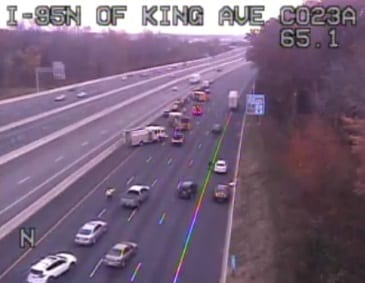 UPDATE 2: All lanes have now been reopened.

UPDATE: The two right lanes have been reopened.

Crews are on the scene of a Monday morning crash along Interstate 95.

The crash was reported at just before 8:30 a.m. along northbound I-95 just before the White Marsh Boulevard exit.

Northbound I-95 has been shut down for crash response.


There has been no word on any injuries.