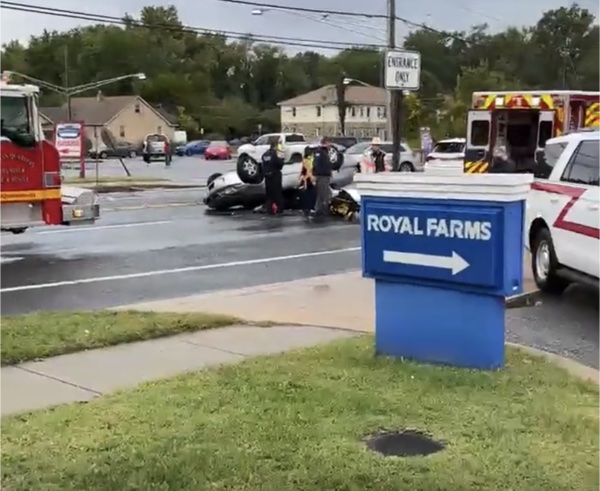 
UPDATE: A pregnant firefighter who was involved in this crash helped a trapped motorist, then gave birth less than 24 hours later.

MIDDLE RIVER, MD—Police say a school bus was involved in crash that shut down Eastern Avenue in Middle River on Monday afternoon.

At just after 4 p.m., officers responded to Eastern Avenue and Bengies Road (21220) for a multiple vehicle crash.  The crash involved several vehicles including a Baltimore County school bus.

As a result of the crash, six adults were transported to an area hospital with non-life threating injuries. No children sustained any injuries during the crash.

While responding to the call, an officer was involved in a separate departmental crash. That officer has since been transported to an area hospital with non-life threating injuries. The other driver was treated at the scene for their injuries.

The circumstances surrounding the crash remain under investigation.