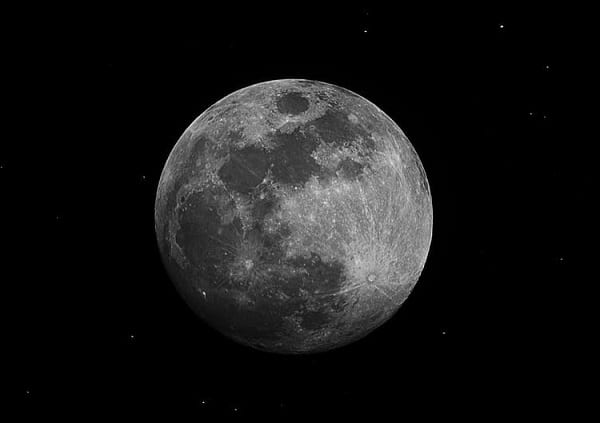 
BALTIMORE, MD—The first full moon of astrological summer will rise on Wednesday night, and it will be the second supermoon of 2022.

It will also be the largest supermoon of the year.

“Supermoon” is a loose term that refers to a new or full moon that is within 90 percent of its closest point to Earth, as coined by astrologer Richard Nolle.

The Buck Moon, also called the Thunder Moon, or Hay Moon, will reach its full phase at 2:38 p.m. EDT or 11:38 a.m. PDT (18:38 GMT), according to Vaughan. It will shine brightly between the constellations of Sagitarrius and Capricornis.

At its closest point, the full moon appears about 17 percent bigger and 30 percent brighter than the faintest moon of the year, according to Newsweek.

The next full moon will occur on August 11 and is known as the “Sturgeon Moon,” according to Space.com.  It will also be a supermoon — the final one of the year.

Photo by Alex Andrews from Pexels