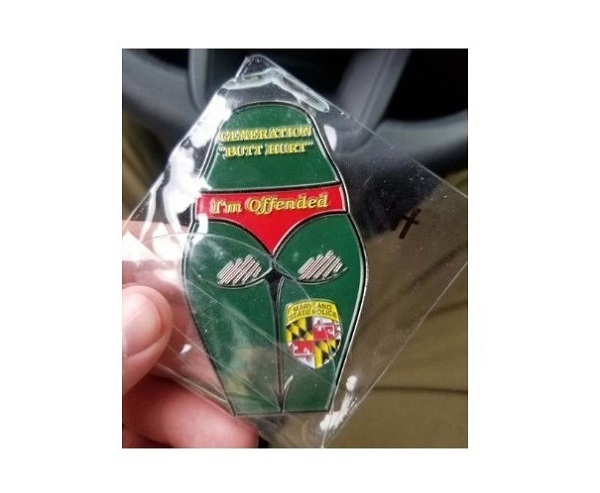 
PIKESVILLE, MD—An investigation into the origin of a controversial challenge coin that included the Maryland State Police shield has led to the identification of the individual responsible, officials announced on Wednesday.

The coins had been for sale on eBay, but the posting has since been removed from the site.

Although it has been determined a current member of the Maryland State Police was not involved in the manufacture of this item, I am still disgusted to know that anyone who wore this uniform would create something that demeans others and disregards our core values and all this Department stands for.

This action has disrupted our efforts to improve relationships among all our employees and with the citizens we serve. I remain committed to ensuring the fair and equitable treatment of all employees and to upholding the tradition and reputation of excellence in police services the Maryland State Police has been known for during the past century.

The actions of this former employee have reflected unfavorably on this Department and undermine all the good and honorable work our troopers provide to Maryland citizens each day. I condemn his callous and careless actions and the actions of all who may consider similar disrespectful conduct somehow acceptable.”