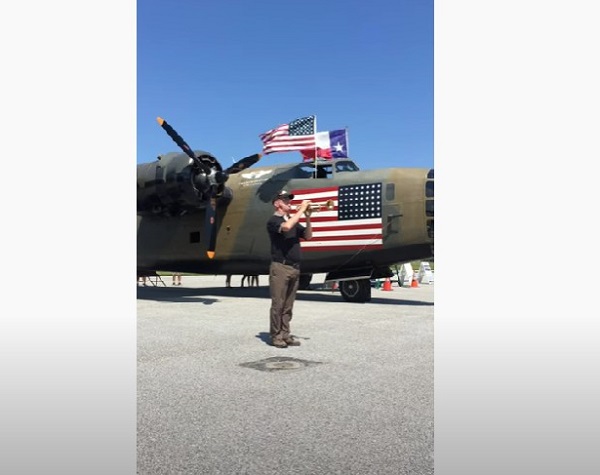 The nationwide tribute was initiated by Baltimorean and USAF veteran Jari Villanueva and CBS news “On the Road” correspondent Steve Hartman.

Musician Robert Bauerle beautifully presented the sounding of “Taps,” honoring those who served, as the Commemorative Air Force was visiting with its WWII era B-29 and B-24 Aircraft.

The National Moment of Remembrance is an annual event that asks Americans, wherever they are at 3:00 p.m. local time on Memorial Day, to pause for a duration of one minute to remember those who have died in military service to the United States.

The time 3 p.m. was chosen because it is the time when most Americans are enjoying time off from work for the national holiday. The Moment was first proclaimed in May 2000 for Memorial Day that year, and was put in law by the United States Congress in December 2000.

Video from Monday’s event can be viewed below.