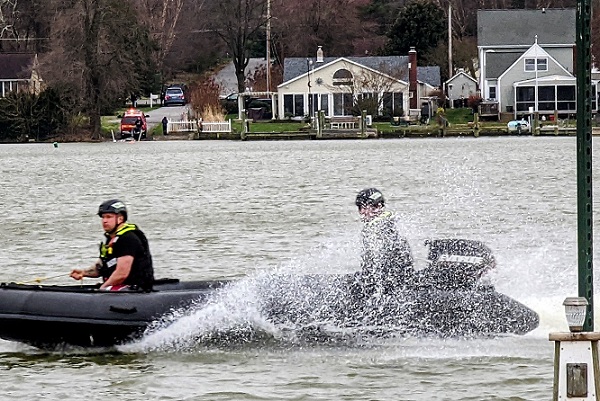 
WHITE MARSH, MD—Crews attempted to rescue a boat that appeared to be stranded in a White Marsh river on Thursday morning.

Boats from Kingsville and Bowleys Quarters launched to investigate, but found the boat empty.

The rescue team turned the Information over to the Maryland Department of Natural Resources Police for further investigation.