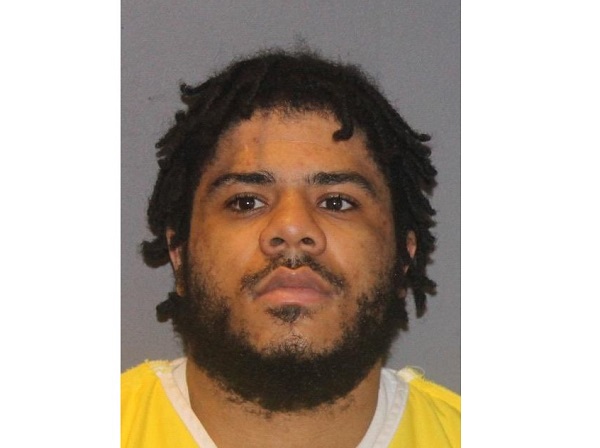 
BALTIMORE, MD—A $5,000 reward is being offered for information on a wanted Baltimore fugitive.

Maryland Attorney General Brian E. Frosh this week announced the indictments of three defendants in the killings of two brothers, Cordelle and Cornelius Bruce of Baltimore in January of 2020. The defendants are 21-year-old Christopher Brown; 22-year-old Daran Horton; and 27-year-old Jimmy Murphy of Baltimore. The charges include first-degree murder, arson, and firearm-related counts.

On January 14, 2020, Cordelle Bruce was shot and killed in the 1100 block of E. Belvedere Avenue in Baltimore City. His brother, Cornelius Bruce, was found six days later on January 20, in a burning vehicle in the 2800-block of St. Lo Drive in Baltimore City. It was determined that Cornelius had been shot and killed prior to his body being burned.

The investigation revealed that Cordelle Bruce was at The Alameda Shopping Center in the 5600-block of The Alameda with Brown and Horton prior to the murder. During that time, a verbal disagreement occurred between Bruce and Brown, Horton, and their associates about a botched marijuana sale. Soon after leaving the shopping center, Brown, Horton, and another individual hunted down Bruce in the 1100-block of Belvedere Avenue and shot and killed him.

In the days after Cordelle Bruce’s murder, investigators learned that Cornelius Bruce, Jimmy Murphy, and an unknown individual seeking to avenge Cordelle’s murder, conducted a retaliatory shooting that resulted in Cornelius Bruce being shot and killed by Jimmy Murphy. In an attempt to cover up the shooting, Murphy set a vehicle ablaze with Cornelius Bruce’s body inside.

Investigators are seeking the whereabouts of Daran Horton who is currently a fugitive.

Horton is a black male, with black hair and brown eyes, weighing approximately 200 lbs. and standing 5’5” tall. He is known to frequent the Alameda Shopping Center. ATF Baltimore is offering a $5,000 reward for information that leads to the arrest of Horton. Anyone with information is asked to contact ATF at 888-ATF-TIPS or ATFtips@atf.

The investigation was led by the Bureau of Alcohol, Tobacco, Firearms, and Explosives (ATF), the Baltimore City Police Department (BPD), and the Organized Crime Unit of the Maryland Attorney General’s Office.

“Two more young men have been murdered. The indictments charge three other young men, Mr. Brown, Mr. Horton and Mr. Murphy with homicide in retaliation for a beef about drugs,” said Attorney General Frosh. “It is tragic to witness the likely waste of 5 young lives due to gun violence, but we are grateful to the hard work of our law enforcement partners that led to these indictments and who protect our communities at risk to themselves.”

“Individuals making the fatal decision to retaliate against others for their actions, perceived slights, or disagreements is a persistent issue surrounding violent crime in Baltimore,” said ATF Baltimore Acting Special Agent in Charge L.C. Cheeks, Jr. “ATF and our partners will continue to work tirelessly to hold those accountable who are responsible for causing chaos and harm in Baltimore’s communities. If anyone has information about where Daran Horton is, contact us so investigators can bring him into custody to face these charges.”

“The Baltimore Police Department would like to thank the ATF, Maryland Attorney General’s Office and our homicide detectives for their continued hard work and dedication in solving cases. We hope this indictment brings some peace to the family and justice to the community,” said Commissioner Michael Harrison. “We will all continue to work together to solve cases, make arrests and hold those responsible for criminal behavior to account.”

FBI searching for missing Korean National who has ties to Maryland