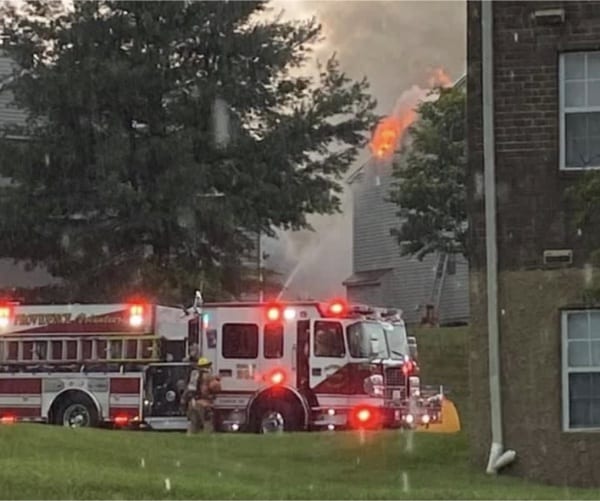 UPDATE 2: Officials have confirmed that the fire was caused by a lightning strike. Several pets were also rescued.

UPDATE: All residents have been successfully evacuated. No injuries have been reported.

CARNEY, MD—Crews are on the scene of a major, Saturday afternoon apartment fire in Carney.

Arriving units found fire showing through the roof of a three-story apartment building.

Crews are working to evacuate tenants.