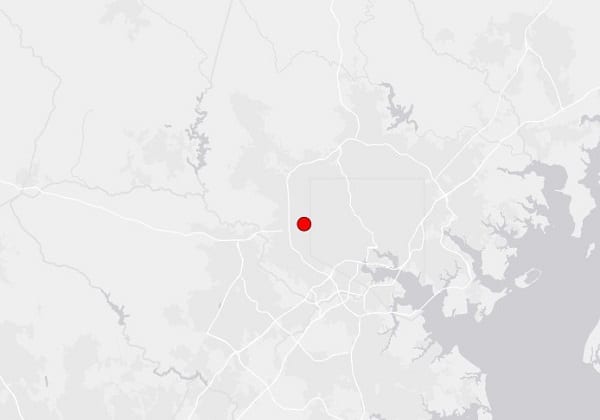 UPDATE 3: The Baltimore City Fire Department now says there are no reports of any damage.

UPDATE 2: The Baltimore County Fire Department says that no injuries are being reported at this time.


BALTIMORE, MD—The United States Geological Survey has confirmed that an earthquake was felt in Baltimore on Friday afternoon.

USGS reported that a 2.6-magnitude earthquake, centered near the Woodlawn area, occurred at just before 3:45 p.m.

The temblor had a depth of around 2 kilometers.

Residents reported feeling the earthquake in the downtown Baltimore area.

EARTHQUAKE CONFIRMED BY @USGS.#BMORESBravest responding to multiple reports of damage around the SW & NW parts of the City.

Report ONLY EMERGENCIES to 911.

The USGS reported a 2.6 magnitude earthquake near Woodlawn this afternoon.

Did you feel it?

The USGS epicenter is located off of Windsor Mill Rd and Security Blvd. Let us know if you see any damage.