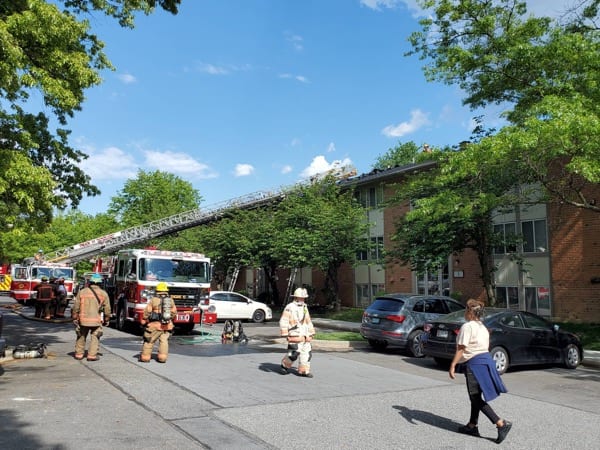 UPDATE: The fire has now been contained.

———
CARNEY, MD—Crews are on the scene of a two-alarm apartment fire in Carney.

The fire was reported at just before 3:45 p.m. on Friday afternoon in the unit block of Cedarburg Court (21234).

Arriving units found fire on the second and third floors of an apartment building with fire showing through the roof.