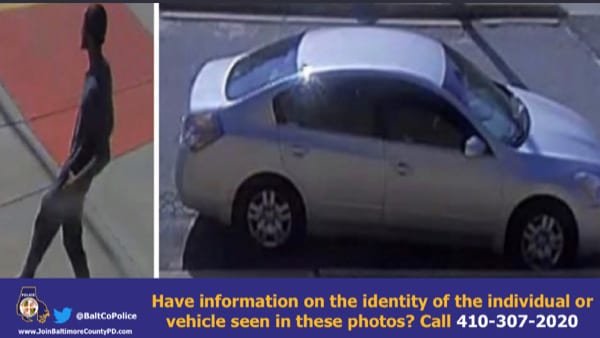 UPDATE: Police have arrested a suspect in connection with this incident.

———
OVERLEA, MD—Detectives are investigating an attempted kidnapping and assault that occurred on Saturday in Overlea.

At approximately 4:30 p.m., a 12-year-old female was walking in the 4400-block of Fullerton Avenue when she was approached by an unknown man who assaulted her and then pulled her into his vehicle.

The girl was able to escape from the vehicle and then flagged down a passing motorist for assistance.

The suspect is described as a black male, approximately 20–30 years old, with a slender build, and a goatee.


The suspect’s vehicle is described as a silver Nissan Altima.

Anyone with information on the identity of the individual or vehicle seen in the photo above is asked to call police at 410-307-2020.