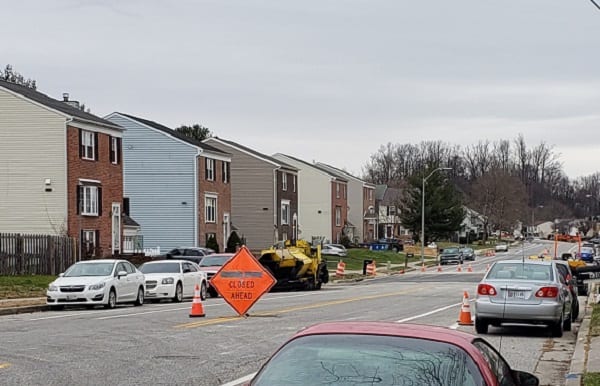 The busy thoroughfare had been closed since Christmas Eve after a 24-inch diameter water main ruptured, causing a large sinkhole.

The break occurred in the 9300-block of Seven Courts Drive, leaving many residents without water on Christmas Eve.

As of Thursday afternoon, the sinkhole and water main had been repaired and the street has been reopened to traffic.

I-695 inner loop shut down due to Rosedale crash