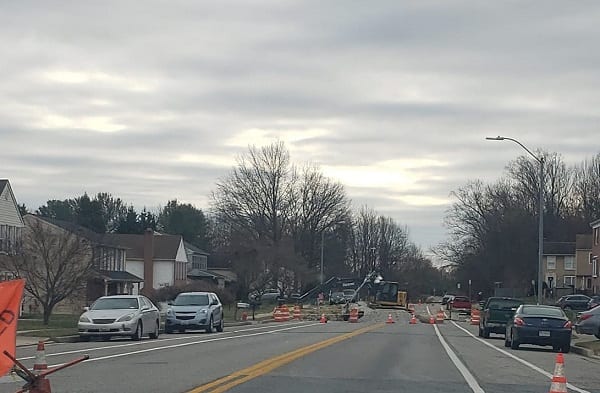 NOTTINGHAM, MD—A stretch of Seven Courts Drive in Nottingham remains closed due to the Christmas Eve water main break that caused a large sinkhole in the roadway.

On Thursday, a 24-inch water main ruptured in the 9300-block causing a large sinkhole and leaving many residents without water.

Water service has since been restored for the most part, however Seven Courts Drive remains shut down in the vicinity of Hoban Court.

Additionally, the Department of Public Works will be restricting parking near this area on Monday, December 28, from 8 a.m. to 8 p.m., according to Councilman David Marks.

Water service will be interrupted during this time.