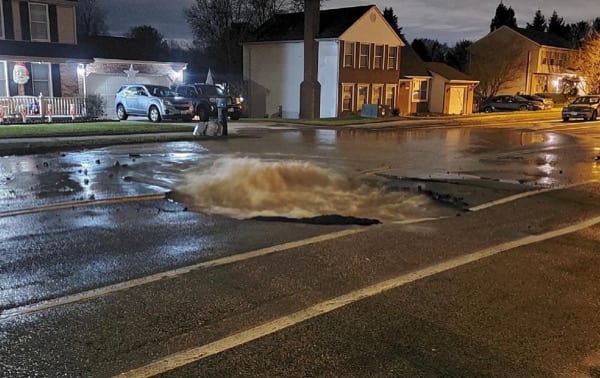 UPDATE: Showers are being made available to residents who are without water.

———
NOTTINGHAM, MD—A water main break has caused a sinkhole to open up in the Seven Courts community, leaving many residents without water on Christmas Eve.

Forty customers and one hydrant are out of service.

Seven Courts Drive is closed between the traffic circle and E. Joppa Road.


“This is the same location ‘fixed’ by city contractors this summer,” said Councilman David Marks on Thursday morning. “When will the state take steps toward creating a regional water authority?”

There has been no ETA on repairs.