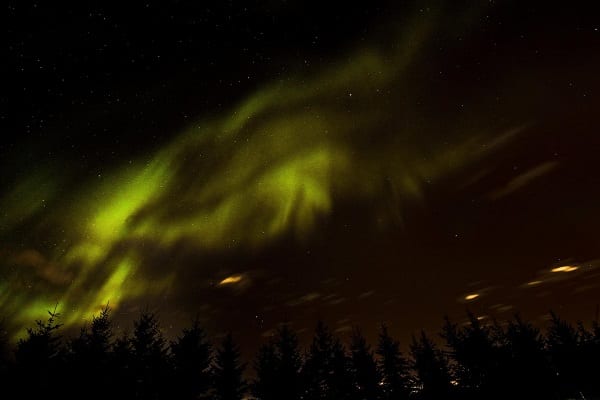 Forecasters say the Northern Lights may be visible in Maryland on Thursday night, thanks to a geomagnetic solar storm.

The NOAA Space Weather Prediction Center has issued a geomagnetic storm watch this week, stating that there is the potential for an aurora borealis to be seen Wednesday and Thursday in across portions of the Mid-Atlantic.

“While SWPC forecasters are fairly confident in CME (coronal mass injection) arrival at Earth, timing and geomagnetic storm intensity are less certain,” the agency said in its forecast.

In Maryland, look to the north after dark and you may catch a glimpse of the Northern Lights.

More information is available in the graphics below from NOAA.