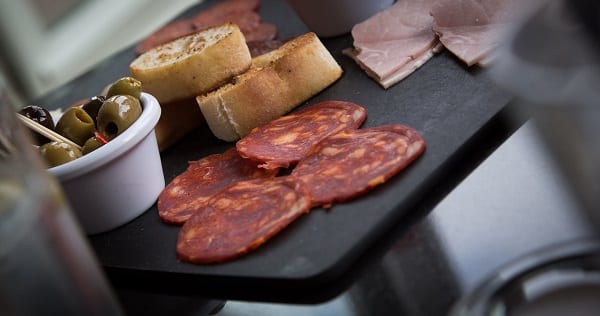 BALTIMORE, MD—An outbreak of Listeria along the East Coast has been traced back to deli meats, officials announced on Friday.

The Centers for Disease Control and Prevention says that ten people infected with the outbreak strain of Listeria have been reported from Florida, Massachusetts, and New York. All ten people were hospitalized. One death has been reported in Florida.

Epidemiologic evidence shows that deli meat is a likely source of this outbreak. In interviews with 9 ill people, all reported eating Italian-style meats, such as salami, mortadella, and prosciutto.

They reported purchasing prepackaged deli meats and meats sliced at deli counters at various locations. A specific type of deli meat and common supplier have not yet been identified.

The CDC says to avoid eating deli meats, unless heated to an internal temperature of 165°F or until steaming hot just before serving.

Listeriosis can cause different symptoms, depending on the person and the part of the body affected.  Pregnant women typically experience only fever and other flu-like symptoms, such as fatigue and muscle aches. However, infections during pregnancy can lead to miscarriage, stillbirth, premature delivery, or life-threatening infection of the newborn.  People who are not pregnant may experience symptoms that include headache, stiff neck, confusion, loss of balance, and convulsions in addition to fever and muscle aches.


People with invasive listeriosis usually report symptoms starting 1 to 4 weeks after eating food contaminated with Listeria; some people have reported symptoms starting as late as 70 days after exposure or as early as the same day of exposure.

The Curious Oyster to hold ‘Tastings & Tapas’ event in November