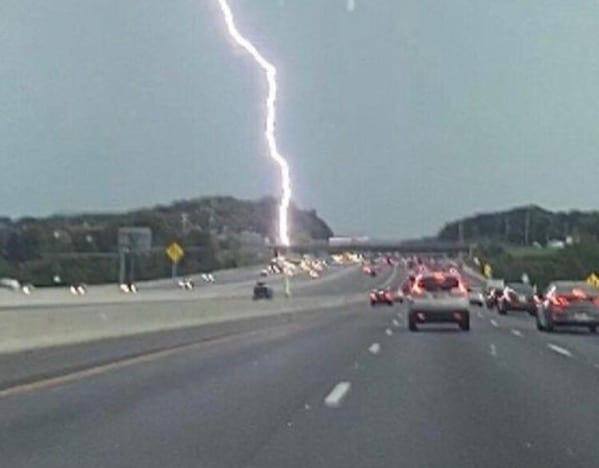 UPDATE: NottinghamMD.com has obtained the video from this lightning strike.  It can be viewed below.

The image began to go viral on social media and would seem to show lightning striking the White Marsh Boulevard overpass on Interstate 95 as powerful storms rocked the area.

At least one confirmed tornado touched down in Anne Arundel County, according to the National Weather Service.

The image and video below are courtesy of Jessica Trautwein, according to meteorologist Justin Berke (and Jessica adds that her phone was on a dashboard mount).