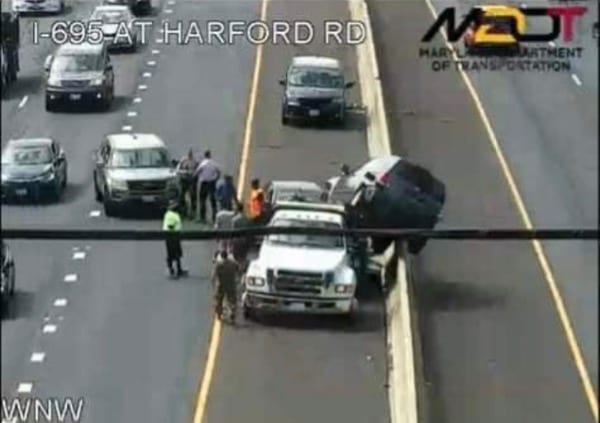 UPDATE 2: This crash is now being investigated by the Maryland State Police.

UPDATE: All lanes have now been reopened.

———
PARKVILLE, MD—Crews are on the scene of a Saturday afternoon crash in Parkville.

Several lanes along the outer loop are shut down at Harford Road as well as one lane along the inner loop.