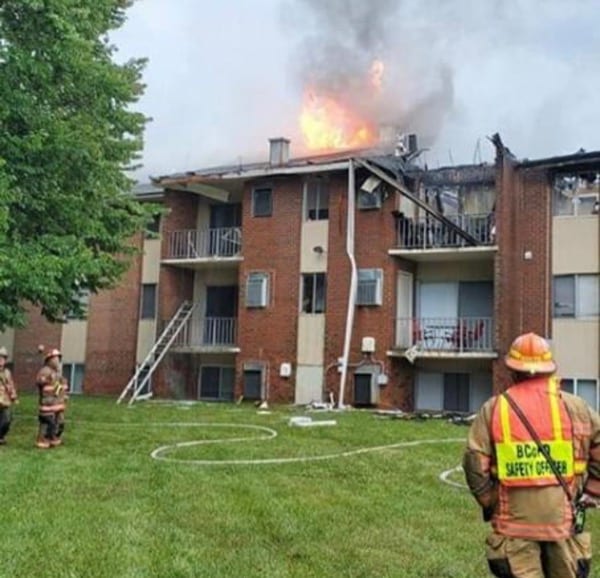 NOTTINGHAM, MD—Four people were injured in a Sunday afternoon fire at the White Marsh Commons apartments.

The fire was reported at around 3:30 p.m. on Dehavilland Way.

Operators received a call for smoke coming from building.

Crews arrived to heavy fire conditions and worked to extinguish the fire.

Two civilians and two firefighters were injured in the blaze.

The Baltimore County Fire Department is investigating unconfirmed reports of projectiles being thrown at arriving personnel.

Witnesses at the scene say they saw responders being pelted with objects.