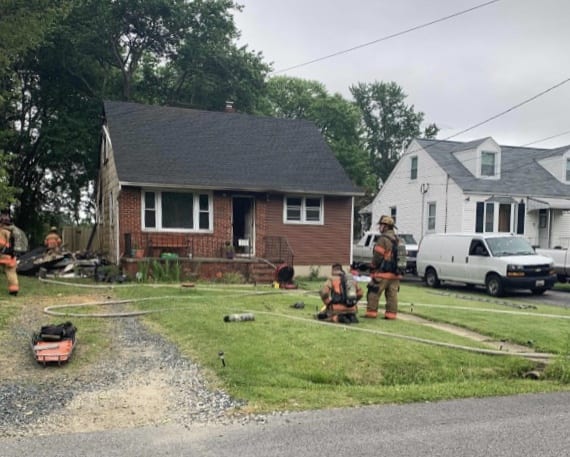 UPDATE: Three dogs and two cats reportedly died in the blaze, which was caused by an unattended stove.

No one was home at the time of the fire.

———
ESSEX, MD—Crews are on the scene of a Wednesday morning house fire in Essex.

At the scene, units found fire showing from the single-family dwelling.

The roof partially collapsed in the blaze.

One person is being evaluated for injuries.