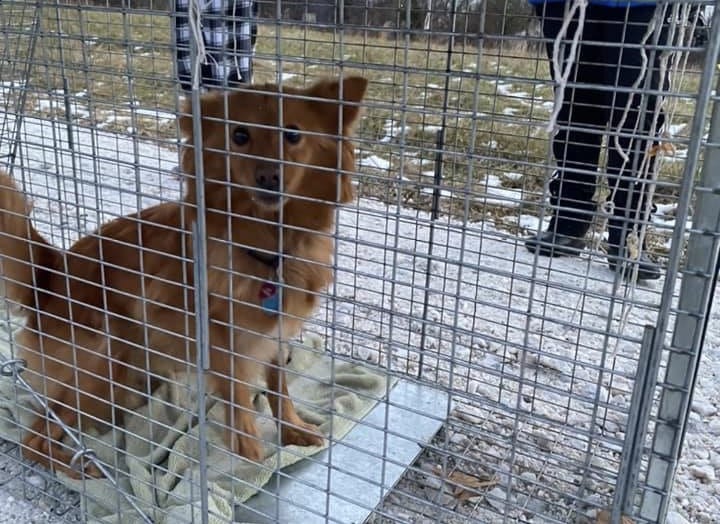 NOTTINGHAM, MD—A dog that was lost almost one month ago has been found.

The Pomeranian/lab was seen running from the car, frightened, headed east into a nearby townhome development.

That was the last time Aaron Stanley saw his beloved pet.

Numerous posters and flyers were placed throughout the neighborhood and there were always frequent sightings being posted to Facebook and in the NextDoor app, but Roxy remained lost…until this week.

“ROXY IS HOME,” Stanley posted to Facebook on Friday morning. “Thank you all so much for your time, care, kindness, and help. We are amazed by our community and feel truly blessed to have you all as neighbors.”


Bob Swensen, who runs the Lost Animal Resource Group, used tips from local residents and was able to isolate Roxy’s location. His team then deployed cameras and a humane trap that eventually attracted Roxy, according to Councilman David Marks.

“Thanks to the tireless, heartfelt efforts of many residents, (Roxy) was reunited with her family,” said Councilman Marks. “Social media is sometimes negative and we should celebrate good deeds like this.”

As for Aaron Stanley, he says Roxy lost some weight and had a few ticks, but his family will be spending the weekend getting re-acquainted with their beloved pup.