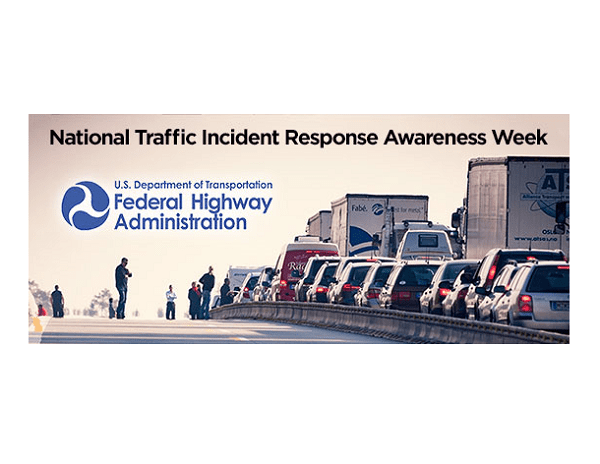 “Every one of us plays a part when it comes to managing traffic incidents,” said MDTA Chief Operating Officer John O’Neill. “Our men and women at MDOT who respond to roadway incidents 24/7 need every driver’s help to stay safe, clear incidents, and ultimately save lives.”

Officials remind drivers to move over or slow down when passing traffic incidents and emergency vehicles. Every year, hundreds of emergency responders experience close calls or are injured and some are even killed while responding to incidents on our roadways, according to the Federal Highway Administration (FHWA). Motorists are just as likely to be in danger at these scenes, particularly if they leave their vehicles.

Drivers are urged to remember the personnel responding to traffic incidents.

“Our first responders are people with names and families and stories,” said MDTA Police Chief Colonel Jerry Jones. “They’re working diligently to keep us moving quickly and safely, and there’s little room for error when vehicles are moving by an incident scene at highway speeds.”


“Any line-of-duty injury or death that occurs in the fire service is a tragic one but when it occurs due to the actions of a careless driver, and when its one hundred percent preventable, that tragedy is magnified tenfold,” agreed Kate Tomanelli, Executive Director of the Maryland State Firemen’s Association. “Each and every first responder deserves to go home to their family at the end of every call and at the end of every shift. Period.”

Traffic incidents are the number one cause of death for EMS responders and a leading cause of death for police officers, according to the FHWA. Montgomery County Police Captain Thomas Didone experienced this tragedy firsthand on December 3, 2015, when Montgomery County Police Officer Noah Leotta was struck and killed by an impaired driver while working a holiday DUI patrol.

“Losing an officer or having an officer injured while working in traffic are two of the greatest fears for every law enforcement executive,” Didone said. “Noah was one of my holiday DUI task force officers. He was diligently working to make our community a safer place, and his senseless death was no accident but a preventable incident of traffic violence.”

First responders and highway workers responded to more than 111,000 reportable collisions on Maryland roadways in 2018, according to the Maryland Highway Safety Office, in addition to thousands of other traffic incidents like roadway hazards and disabled vehicles.