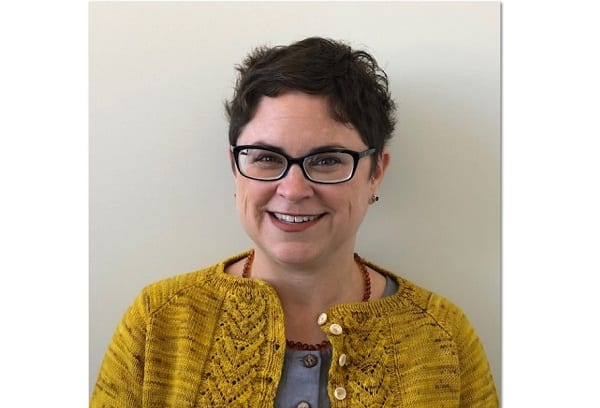 NOTTINGHAM, MD—Heather Johnson, an educator at The Maryland School for the Blind, has been named the Baltimore County Commission on Disabilities 2019 Teacher of the Year.

The annual award is presented to a public or private, preschool to post-secondary school teacher, who through exceptional effort, both inside and outside of the classroom, instills in others a positive attitude and acceptance of persons with disabilities and promotes inclusive education best practices.

Johnson teaches students with disabilities throughout the state of Maryland and was nominated for the award by an educator in the Baltimore County public school system. In 2014, she was awarded the National Federation of the Blind’s Distinguished Educator of Blind Children Award and has been nominated for a national award through the Council of Schools for the Blind five times.

A graduate of Kutztown University with a Bachelor of Arts degree in Elementary Education and Teacher of the Visually Impaired (TVI), and a Masters in Curriculum and Instruction, Johnson has been on the staff at MSB since 1999. She is currently a braille instructor for students in the academic program.

In addition to her teaching responsibilities, Johnson is a member of the Maryland State Department of Education’s Braille Math Task Force, developing Braille math standards for the National Core Curriculum. She has also served on the Executive Board of the Council for Exceptional Children’s Division on Visual Impairment.

The Parkville resident will receive the award at the 29th annual Baltimore County Commission on Disabilities award ceremony and luncheon on October 16 at the Valley Mansion in Cockeysville.


According to Mr. W. Robert Hair, MSB Superintendent, “We are very proud of Ms. Johnson and congratulate her on this well-deserved honor. She is dedicated to the education of students with disabilities and is most deserving of this recognition.”

Founded in 1853, The Maryland School for the Blind is a private, statewide resource center providing outreach, educational and residential programs to children and youth from infancy to age 21 who are blind or visually impaired including those with multiple disabilities. Annually, the school serves approximately 1300 students identified in Maryland who are blind or visually impaired through its on-campus and outreach programs.