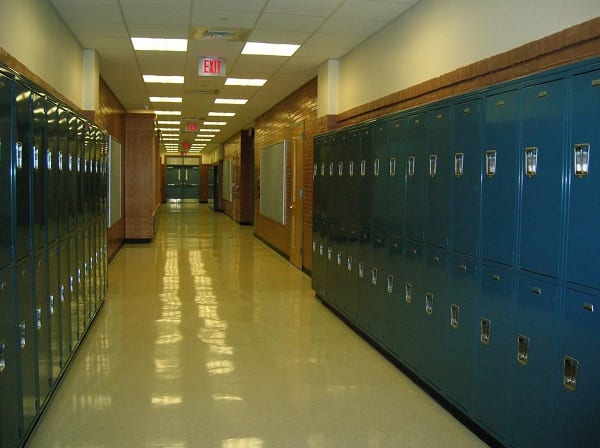 ANNAPOLIS, MD—Starting school after Labor Day has “a clear, positive impact on both state and local government economies” with a total net economic impact of up to $115 million, according to a new analysis from the Business Economic and Community Outreach Network (BEACON) at Salisbury University.

The report, entitled “The Economic, Employment and Fiscal Impacts Of Added Summer Vacation Days Attributable To Post-Labor Day Opening of Maryland’s Public K-12 Schools,” echoes an economic impact study conducted by the Maryland Bureau of Revenue Estimates in 2013, which forecast a significant increase in state and local tax revenues and wages resulting from a Post-Labor Day school start date.

“This independent analysis validates what we already know: starting school after Labor Day is good for Maryland families, good for our local businesses and good for the Maryland economy,” said Comptroller Peter Franchot. “At a time when the state is considering new sources of revenue for our public schools, this adds millions of dollars to our state’s coffers, all while supporting great family-owned, small businesses and sustaining summer employment.”

BEACON’s analysis found a total net economic impact — incorporating direct, indirect and induced benefits — of close to $58 million for six additional days of summer vacation and nearly $115 million for 12 extra days, depending upon when Labor Day falls on the calendar each year.

Additionally, the report estimates additional wages earned by workers to be between $2.875 million and $5.75 million during the final days of summer with local and state government revenues increasing between $8 million and $16 million, also depending upon the timing of Labor Day.

“Tourism is one of our state’s most important economic engines and is especially critical to areas like my hometown of Baltimore City, where the tourism industry is an even more significant employer and source of local revenue,” said Michael Haynie, a hotel management consultant, former chairman of the Maryland Tourism Coalition and a member of the Governor’s Task Force to Study a Post-Labor Day Start Date for Maryland Public Schools. “The extended summer also means more employment opportunities for our city’s youth before heading back to the classroom, providing much-needed family income and experience in a major job sector.”

The study’s findings are based on estimates that approximately 70 percent of all tourism-related expenditures statewide can be attributed to Maryland residents and data from tourism offices that show the majority of end-of-summer travel by Marylanders occurs within the state.

“I am thrilled to see the positive results and increased economic impact caused by a post-Labor Day school start in Maryland; however, I am not surprised,” said Ocean City Mayor Rick Meehan. “Worcester County has accomplished a successful post-Labor Day start date for years and students in our schools have continued to thrive. In fact, our very own Ocean City Elementary School was named a Blue Ribbon School for a second time in 2018.”


“A post-Labor Day school start benefits all Marylanders. The hard work and dedication to this initiative displayed by Governor Hogan and Comptroller Franchot have not only allowed Maryland families to enjoy more summer vacation together, but has also increased our room tax revenue and allowed seasonal employees to work longer. It’s incredible to see how common sense and thoughtful planning can create such a positive change for us all,” added Meehan.

Tourism is the state’s 10th largest employment industry, supporting more than 200,000 jobs and producing over $15 billion, which represents four percent of the state’s total economy.

The nonpartisan task force, created by the Maryland General Assembly and appointed by then-Governor Martin O’Malley, recommended a post-Labor Day start by a vote of 12 to 3 in May 2014 after meeting for nearly a year to consider all aspects of the issue.

Public support for starting school after Labor Day has been strong and consistent throughout Maryland among teachers, parents and the business and agricultural community. More than 24,000 Marylanders signed the “Let Summer Be Summer” petition in 2016 — endorsing the initiative that has given families more time together, provided teachers and students with a longer break to recharge without impacting summer learning loss, and afforded rural Marylanders the opportunity to participate in the Maryland State Fair, which runs the 10 days prior to Labor Day each year.

“As a teacher, I know starting school after Labor Day not only is economically beneficial to our communities, it is crucial to the professional development and well-being of teachers and administrators,” said Baltimore County public school teacher Jeffrey Freedman. “Many teachers take coursework during the summer and need that time to complete that work while others value the time to unwind with their families and recharge. A post-Labor Day start helps us be the most successful, effective teachers we can be.”

An economic impact study conducted by the Bureau of Revenue Estimates in August 2013 projected a post-Labor Day school start would generate an additional $74.2 million in economic activity, including $3.7 million in new wages and a separate $7.7 million in state and local revenue. These findings mirror the study just concluded by BEACON, which will release its full analysis in October.

“This study confirms what teachers and parents have been saying for years: starting school after Labor Day is good for parents, students and Maryland’s economy,” said Denise Avara, a longtime public school mom and PTA leader. “I’ve listened to families, educators and owners of small businesses for a long time who called for a later start to school for very good reasons — mostly because it helps all of us.”