Belair Road shut down after car slams into church bus 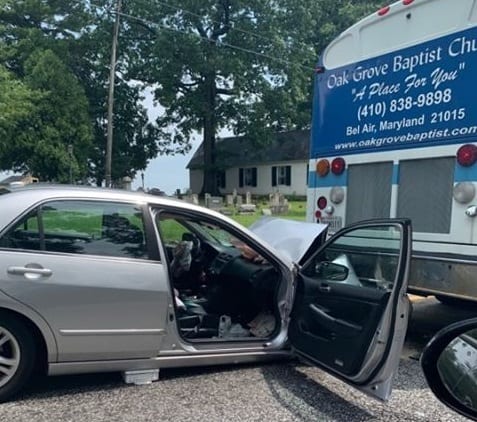 Belair Road shut down after car slams into church bus

UPDATE: Reports indicate the bus involved was a church bus, not a school bus.  Belair Road remains shut down.

KINGSVILLE, MD – Belair Road has been shut down following a serious, Thursday afternoon crash in Kingsville.

The crash was reported at just after 2 p.m. at the intersection of Belair Road and Bradshaw Road.

A vehicle reportedly rear-ended a church bus at the intersection.

The woman has been taken to Shock Trauma for treatment.

[Image above via Jennifer Cabeza]

[Image below via Cassie Hartman Kidd]