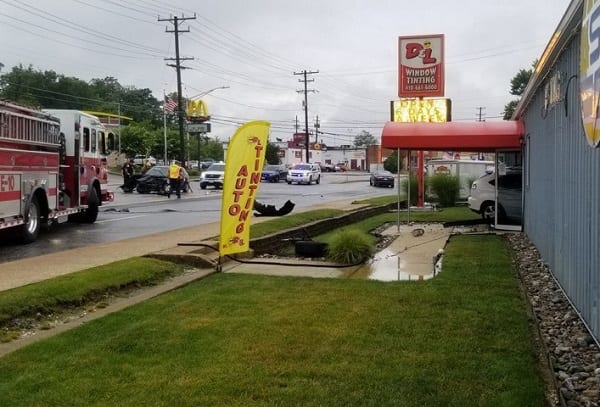 PARKVILLE, MD – Crews responded to a serious crash in Parkville/Carney on Monday morning.

One vehicle jumped the median strip and crashed into D&L Window Tinting.

One person was reportedly injured and taken away by ambulance, according to witness accounts.

Repairs were in progress at the shop as of Tuesday morning.