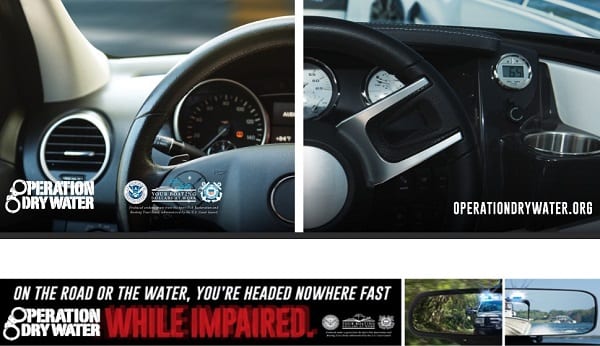 Officers will be on the water providing heightened enforcement and awareness about the dangers of drinking while boating.

Boating under the influence continues to be a leading factor in accidents and deaths on our nation’s waterways. With more than 170,000 registered boats in local bays, rivers, and the Atlantic Ocean, Maryland is one of the country’s busiest boating destinations.

“Fourth of July weekend is one of the most popular times to enjoy the waterways of Maryland, which makes it imperative that boaters use good judgment and obey the law,” Maryland Natural Resources Secretary Jeannie Haddaway-Riccio said.

“We need boaters to understand that we are serious about enforcement, and we are doing so in the hope of avoiding more senseless tragedies,” Natural Resources Police Superintendent Col. Robert K. “Ken” Ziegler Jr. said.


Last year, Natural Resources Police made arrests in 60 cases of boaters operating a vessel while under the influence of alcohol, issuing a total of 129 tickets to those operators. Additionally, they issued 390 citations for personal flotation device violations.

Operation Dry Water was launched in 2009 by the National Association of State Boating Law Administrators (NASBLA) in partnership with the United States Coast Guard.