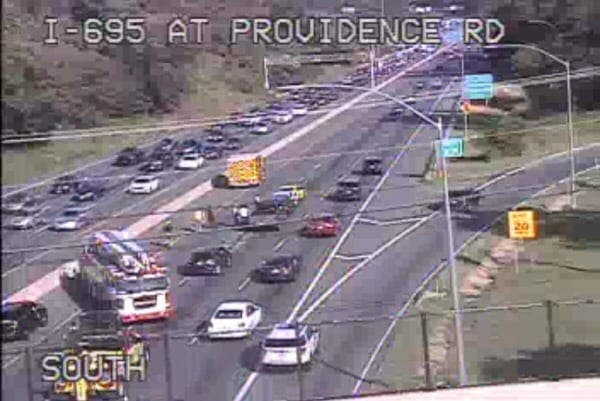 PARKVILLE, MD – Crews are on the scene of a major, Monday evening crash on I-695.

The crash was reported at just after 5:30 p.m. along the eastbound inner loop at Providence Road.

Five vehicles were reportedly involved in the accident.

Two of the three inner loop lanes are currently blocked.

Motorists heading toward the Nottingham area should expect heavy delays.