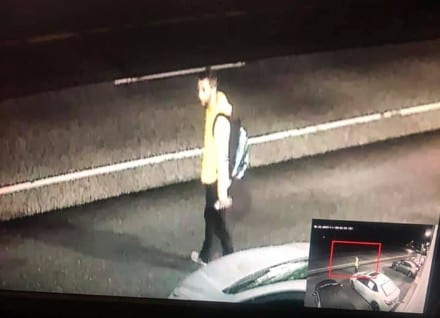 KINGSVILLE, MD – A cash reward is being offered after an individual smashed the windshields on several vehicles at a dealership in Kingsville.

James Maher posted to Facebook saying that the suspect spent over an hour tossing a brick through the front windshields at Superior Motors along Belair Road overnight.

The suspect used underhanded throws so the brick would bounce off of the windshields, allowing him to take the brick with him after the deed was done.

Maher is offering a $2,500 cash reward for information leading to the suspect’s capture.