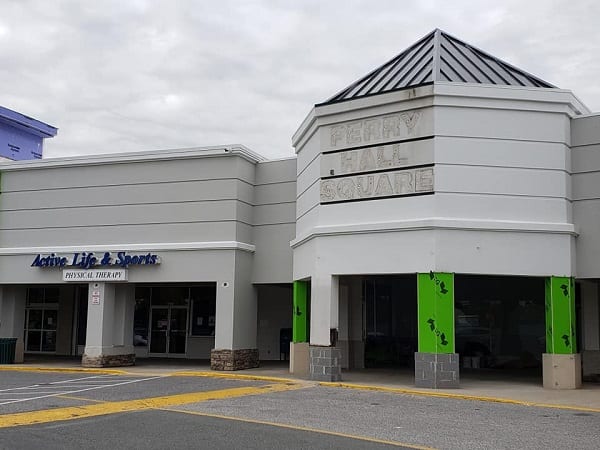 The red lettering had been taken down and the storefronts were preparing for a facelift at Perry Hall Square as of Saturday morning.

Several new tenants will soon be filling the shopping center, including an El Salto restaurant.

“In 2011, I sponsored legislation that created the Perry Hall commercial revitalization district, and since that time we made great progress in this part of Baltimore County,” said Councilman Marks in 2018. “The derelict Regester Square shopping center was demolished, and new trees and landscaping have been planted. I am delighted by the upcoming improvements at Perry Hall Square, the first renovations since the early 1990s.”