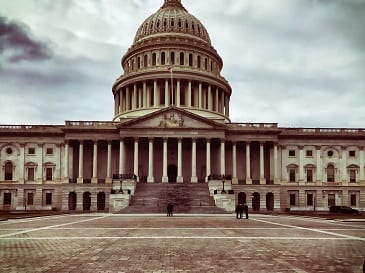 “This federal government shutdown, the longest in the history of the United States, is impacting the security of our nation, the economy of the State of Maryland, and most importantly, the lives of tens of thousands of our Maryland citizens,” said Governor Hogan. “Leaders in Washington need to put aside their differences and get this fixed.”

“It is important that we support those federal employees working without pay by waiving transit fares during the federal government shutdown,” said Secretary Rahn.

Baltimore/Washington International Thurgood Marshall Airport has established a food drive for airport employees, asking the public to donate food and other non-perishable items to federal workers impacted by the partial government shutdown. Items may be dropped off at the Maryland Transportation Authority Police (MDTA Police) station on the lower level of BWI Marshall Airport by door 14.

Fraport Maryland, the developer and manager of the concessions program at BWI Marshall, is helping to organize and coordinate efforts to support the airport’s federal employees. A number of airport restaurants and other tenants, including airline partners, have donated meals for the federal personnel in recent days. More than a dozen restaurants and retailers at BWI Marshall Airport have come together to help ease this time for federal workers with discounts on food, free chair massages, and other support. The participants include Subway, Urban Bar-B-Que, DuClaw Brewing Company, Jamba Juice, Mayorga Coffee, Harbor Grille, Martini, Finesse Lyfestyle, Pinkberry, Hudson Group, Be Relax, and Vino Volo, among others.

Additionally, the Maryland Department of General Services has organized a food drive with 15 drop-off locations in state-owned buildings across the Maryland. Items most in need include canned meats, peanut butter and jelly, boxed pasta and sauce, healthy snacks such as breakfast bars and dried fruit, cereal, soups/canned meals, baby food, Ensure, and other nutritional supplements. Gift cards for groceries and fuel will also be accepted. Once the food drive is complete, all items collected will be delivered to local food banks. For additional information, including drop-off locations, please visit the #MDHelps website at governor.maryland.gov/mdhelps.

“By donating a little, we can give families being adversely affected by this shutdown a lot,” said Secretary Churchill. “Our department is proud to support Maryland’s federal workers during this difficult and uncertain time.”

The Maryland Department of Labor, Licensing and Regulation’s Division of Unemployment Insurance (UI) has extended call center hours to efficiently handle the increase in UI claims stemming from the partial federal government shutdown. Call centers will be open for an additional two hours each day to better assist affected workers.

Furloughed employees are strongly encouraged to file their initial claim using the standalone internet application at http://dllr.maryland.gov/employment/uifedshutdownlead.shtml, which streamlines the application process. Claims can also be filed by phone.

As of January 23, 4,037 unemployment claims have been filed.

The Maryland Department of Human Services issued February SNAP benefits in mid-January to assist the more than 650,000 Marylanders recipients in Maryland. Additionally, the department recently launched a website with additional information about benefits to assist citizens. A list of community food resources by county, frequently asked questions, a copy of the SNAP/FSP customer letter, and phone numbers for each of the local departments of social services are just some of the helpful information DHS provided on its website.

“As an agency, we understand what it means to support our neighbors in need,” said Secretary Padilla. “DHS and the State of Maryland remain prepared to tackle the challenges that face us during this unpredictable time, and we are committed to providing ongoing assistance to our vulnerable residents and local communities.”

“I want to thank everyone here today for everything they are doing to help the people of Maryland,” said Governor Hogan. “I’m calling on all Marylanders to provide whatever assistance we can provide to back up our fellow citizens who are impacted, and I will continue to push the leaders in Washington to get this solved.”